Wolves of Walker Bay on the Hermanus & Gansbaai Coast

A long fin cuts the surface as a dark blur moves silently beneath the waves. Suddenly a mass of black and white leaps from the water in a dazzling display of acrobatics, before landing with a splash and disappearing. This apex predator has the strength to take down a great white shark, but also the tenderness and intelligence to perform complex social interactions. Found in almost every ocean in the world yet seldom seen, beloved in popular culture and yet as dangerous as it is beautiful: this is the orca. 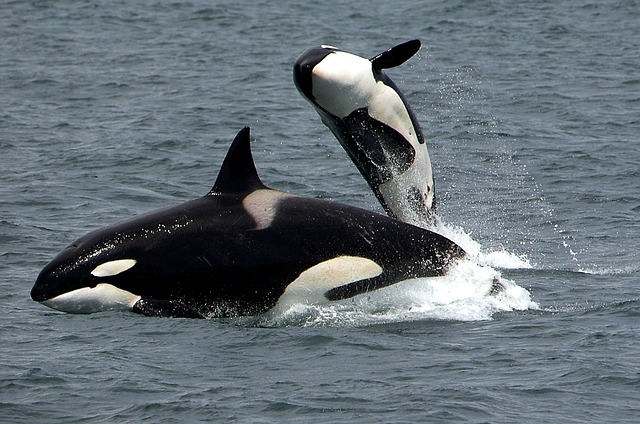 The name “orca” originates from the Roman god Orcus, god of the underworld and punisher of broken oaths – something that is easy to believe when one bears witness to an orca hunt. Despite being otherwise known as the Killer Whale, in reality the orca is actually the largest member of the dolphin family, and is not a true whale. And though orcas are some of the ocean’s top predators, wild orcas are not considered dangerous to humans.

Even though they are found all over the world except in parts of the arctic ocean, populations of orca are highly localised and have lead scientists to split them up into various types according to physical and social characteristics, as well as diet. Off the coast of South Africa, our orcas are specialists in preying upon marine mammals and birds, though they will at times also eat fish. Indeed, stories have surfaced of sharks washing ashore in Gansbaai, their livers removed with near surgical precision – almost certainly the work of orcas. Growing to lengths of around 7m and weighing up to 6 tonnes, these predators work in groups and can easily overpower a large shark or tip a seal off an ice floe – in fact they have even been known to hunt small whales in this fashion. They are equipped with echolocation and are able to communicate with each other in order to hunt with deadly precision. 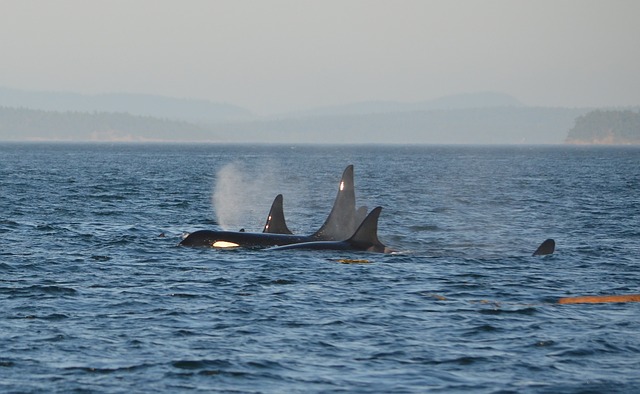 As formidable as orcas may seem, they have a softer side. They are incredibly social animals, and form powerful bonds with family members. Their social structures are so intricate that they can only be compared to those of elephants and higher primates, and scientists have raised questions about the ethics of keeping orcas in captivity due to this. Orcas live in groups known as pods, and here in South Africa these typically consist of only a few individuals, though this varies elsewhere in the world. Individuals communicate to the rest of the pod through a series of complex vocalisations, of which some may be unique to the particular pod. Females can live for over 90 years and males for around 25, so pods may sometimes comprise several generations of orcas. Although pods travel, hunt, and socialise together, it is not unusual for individuals to temporarily leave the pod for solo hunting activities. Orcas are highly intelligent, having large and well-developed brains. They excel at problem solving, imitating others, and are fast learners that are able to pass on their skills to their offspring. 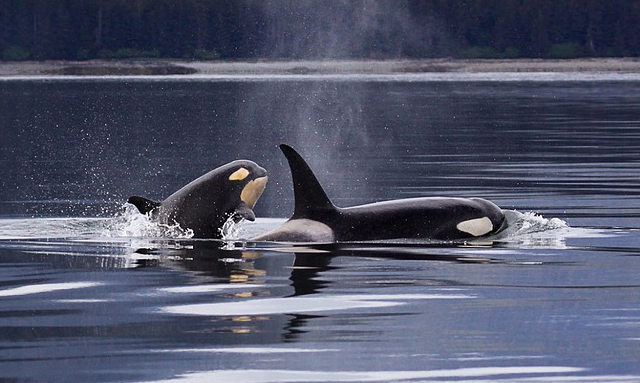 Many people are not aware that orcas are a possible sighting on boat based charters like The Ivanhoe. In actuality, orcas range throughout the East and West coasts, in all water conditions, and the same individual may be spotted in several very different locations. Although their range is so wide, an orca sighting is a rare and incredible privilege which will not soon be forgotten. Much like our whales and smaller dolphin species, orcas will treat viewers to stunning acrobatic shows and are naturally curious about the boats – affording passengers a unique opportunity to see these majestic hunters up close and personal. Orcas have recently been spotted in Gansbaai and surrounding areas, making now the perfect chance to take to the open ocean. With a little luck, you too could catch a glimpse of the wolves of Walker Bay. 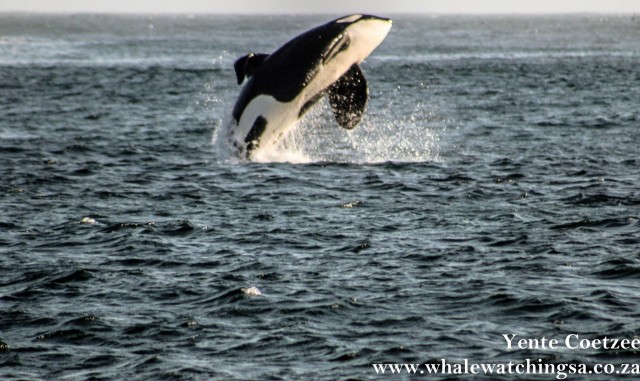